RVA, Delhi welcomes Ms Laura-Teacher from UK who will stay with us for two months and also teach our students.

Tranquility: A variety programme to welcome Teacher from UK on 14 July 2016

Drowning worries and exhaustion at Worlds of Wonder, Noida- A One Day Trip

Exploring the Sea World….Enjoying the splash of water….

RVA,Delhi is going to celebrate Investiture Ceremony on Saturday, 7 May 2016

Saturday Activity-Cooking without Flame and Fire

SAY NO TO FEAR-A Self Defence Training Programme for Girls

Celebration of Baisakhi brought joviality and freshness in ambience. 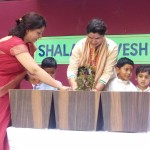 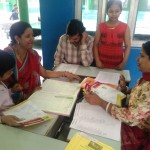 The students showed wonderful academic performance in the session 2015-16.

SAY NO TO FEAR-A SELF DEFENCE TRAINING PROGRAMME

Rishikul Vidyapeeth Alipur,Delhi in support with Delhi Police is organising a Self Defence Training Programme in its sports ground starting from 11 April 2016. 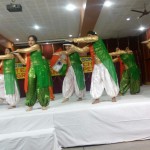 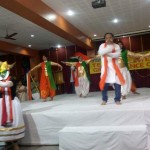 Exchange Visit with Germany and U.K.

RVA Proudly announces EXCHANGE VISIT of a group of teachers and students for a duration of twelve days to Teacher Training College, Stuttgart,Germany and Chewton Mendip School,Somerset,U.K.

A Special Assembly was conducted on “World Day of Social Justice”

A Special Assembly on World Cancer Day was conducted.

RVA initiated a campaign on “SAVE GIRL CHILD”

RVA delhi initiated a campaign on “SAVE GIRL CHILD” in village Kushak,Delhi on 16 January 2016

School presented a perfect picture of celebrations with the party spirit in full swing-transforming the premises into fairyland when the school celebrated CHRISTMAS DAY on 23 Dec 2015.

To present a show of upcoming sportsmen and sportsmanship, the school conducted its remarkable Annual Sports Meet on 18 & 19 December 2015 with  great zeal and fervour

To celebrate the secular ethos, the school celebrated and rejoiced in the spirit of the festival Guru Nanak Jayanti. A special assembly was conducted on 24 November 15.The students delivered speech, recited poems and the tiny tots also sang the Shahbd Gurbani. One teacher also sang hymns. The festival was celebrated by all the students with great pride, honour and respect 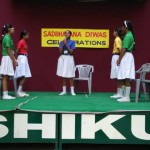 Sadbhawna Diwas or Harmony Day is celebrated all over India to commemorate the birth anniversary of former Prime Minister Rajiv Gandhi every year. On this day, a special assembly by class VIII was organized on to mitigate all kinds of disparities and biases among the people, gender and caste. 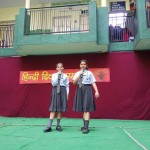 To serve and propagate the Hindi Language and its cultural heritage, Hindi Diwas was celebrated on 14 September 2015 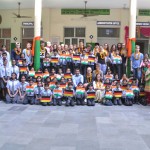 To welcome a team of German students and teachers, RVA organized a cultural extravaganza ‘UTSAV’ which gave a glimpse of Indian Wedding on 10 October 2015.

CAMPAIGN ON SAVE ENVIRONMENT 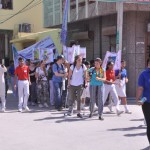 WORLD FOOD DAY
To declare the commitment to eradicate hunger, World Food Day was organized on 16 October 2015
CULTURAL EXTRAVAGANZA ON SAVE GIRL CHILD-SHE 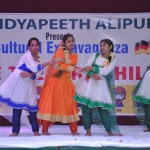 STREET PLAY ON SAVE GIRL CHILD
To give a realistic view of disparity between a boy and a girl a street play on SAVE GIRL CHILD was organized on 2 Nov 2015 in village TIGIPUR and SUNGARPUR in the presence of German Delegates from Teacher Training College, Stuttgart, Germany

Doctors day is a day on which the service of physician to the nation is recognize annually. To give respect to doctors and to make students’ realizes how important they are to us and their treatments. Doctor Day was observed in our school on 04 July by the students of class I-X. The students commemorated this day by making first-aid boxes, writing paragraph on health and hygiene and by displaying equipments used by doctors.

World population day is an annual event observed on July 11 every year, which seeks to raise awareness on global population issue. To acquaint the students with the same issue, World Population Day was observed in our school on July 11, 2015. On this day, an activity was conducted for the students of class IX and X and they expressed their views by writing catchy slogans on population.

Poem Writing on Save Girl Child

To spread the aroma of poetry, an English Poem Writing competition was held on 25 July, 2015 for class X A and X B on the theme Save Girl Child. It was a good effort on the part of school to acquaint students with the campaign ‘Save Girl’ Save the Girl Child’ to end the gender selective abortion of female fetuses, the students felt the sensitivity of the issue and emphatically opposed to kill the girl child

Stage performance found a new meaning when a group of twenty students participated in an Inter-wing English Skit Competition on the theme “Empty vessel makes much noise” in the Main Wing at Sonepat on 25 July 2015. The students availed the opportunity by displaying a spark of creativity and exhibiting their theatrical talent on the stage.

Best Out of E-waste

To demonstrate an example of good practices of e-waste at the recyclable waste “Best Out of E-waste” activity was conducted on 25 July 2015 for the students of class IX A and IX B. The students collected the valuable information on e-waste like dismantling of electrical waste, mobiles etc. The students made attractive collages on e-waste and enjoyed the activity to the fullest.

To nurture moral values among students “Collage making on Moral Values” was organized on 25 July 2015 for class VIII A and VIII B. The students made heart touching and beautiful collages depict moral values. The winners were awarded certificates.

To make students realize the importance and need of Organ Donation and to help someone live after death. An Intra Class Quiz Competition was held on World Organ Day on 1 August 2015 for the students of class I-X. The students collected much information on Organs donation and participated enthusiastically and this activity proved very beneficial as the students took pledge to donate organ

A New Feather in the School’s Cap

Umang of Class VI brought laurels to the school when she got the First Position in Hindi Declamation Contest organized at Zonal Level on the topic: ‘Yog Bhagaaye Rog’ at Siraspur, Delhi

A Salute to the Motherland

To infuse the spirit of patriotism, responsibility and duty towards our country, a cultural programme ‘A Salute to the Motherland’ was organized on 8 August 2015. The students enthralled the audience with their lively performances.
The Chief Guest of the programme Ms Aruna (counselor of alipur) gave a speech and assured to distribute plants among the students. The students were so excited by getting the saplings provided by the school.

To nurture a sense of healthy competition among students an Inter-wing Group Dance Competition was organized on 14 August 2015 at the Main Wing, Sonepat. Each wing presented a spell-bound performances were judged on the basis of costumes, co-ordination, presentations, gestures and expressions. In the neck to neck competition, Alipur wing secured 1st position and made proud everyone

To inculcate the feeling of patriotism in the young minds of the students, Independence Day was celebrated on 14 August 15 in the school courtyard. The students recited the patriotic poems with co-ordinated actions. The students participated energetically in the activities and showcased their love & respect for their motherland

To evolve such skills among the students that will prepare them to keep their things and belongings in an orderly manner and with care, Portfolio Maintenance Activity was conducted on 14 August 15 for the classes VI-X . The students made different designs of portfolio files using different material. Their efforts were applauded by all and sundry

To express ideas and views in a strong and effective way to led to a new level of competition at Zonal Level when two students of our school Himanshi and Renu of Class X and IX respectively participated in the Zonal Debate Competition held on 19 August 2015. They impressed the audience with their performances and bagged second position.

In this world of diminishing traditional values, we intend to conserve the most important ones. To develop the co-scholastic skills in the students a special assembly was organized on 27 August by all wings. A variety of programme was held. The tiny tots made awesome Rakhis with bright coloured threads and waste materials. Not only girls but boys also actively involved in the competition to comprise the value of the most liked handicraft.